My own parents were freethinking Christians, deeply involved in holistic health, organic gardening and receiving wisdom from within. I like to say that, beyond hearing Bible stories each night before bed, I was raised with a “holy trinity” of three C’s: chiropractic, (Rachel) Carson, and (Edgar) Cayce. I ate cooked millet for breakfast, while all of my friends were nose-deep in sugared cereals. When the DDT trucks came through, I ran home and hid in my room (after shutting the windows, of course!), while my friends played through the toxic fog. 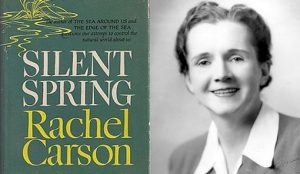 Yet, in order to appear “normal” in our village–my father being one of the first chiropactors in Illinois, I was sent to conservative Christian schools. There I had to learn by heart large parts of the King James Bible translation and all of Luther’s catechism. This made for an unusual childhood, for sure–inner family v. outer world—and I never would have anticipated becoming involved in Jesus’ Aramaic language.

Gladly pursuing a more secular university education, I became involved in the anti-war and early ecological movements and then worked as a professional investigative journalist. Yet I found myself burned out at 25 and doubting whether anyone (including myself) really made decisions on the basis of “facts.” For the most important choices I had made in short life, I never had all, or even most, of the necessary information. So I asked myself, “What causes me to change?”

The answer seemed to be something hidden inside, in my psyche or subconscious. I didn’t know which, I only knew that Eastern ways to “still my mind” didn’t work. This set me on a spiritual search that led to an editorial book project, where I found the words of Samuel L. Lewis (the Sufi-Zen Buddhist teacher and founder of the Dances of Universal Peace) saying that before he died, he wanted to learn to pray the “Lord’s Prayer in Aramaic.” That rung a bell. 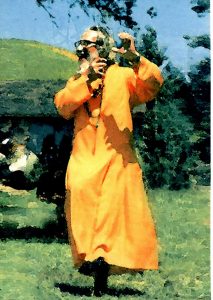 I had been raised hearing various languages (German, Polish, Yiddish) and always loved them. But Aramaic was another step. Typically over-doing things, I also ended up learning other ancient Semitic languages, a long slog. I then found that I needed to learn yet another language—the academic one—and discovered by rising through the ranks that what I had unveiled about Jesus’ spirituality was for real, not refutable. Yet my interest and passion were driven by childhood spiritual experiences of Jesus as well as later ones when I began to chant the first word of his prayer in Aramaic: Abwoon.

Eventually I came to the conclusion: you don’t need to identify as the member of anything or any -ism to be a friend of Jesus, and to feel the power hidden in his words and revealed in his actions.

So many of you have discovered the same that there is now a large independent community of people worldwide from various or no faith traditions who use Yeshua’s words together with body awareness in chant, contemplative prayer or sacred movement, inspired by what began 40 years ago.

In 1982, together with the Rev. Tasnim Fernandez, I co-founded the International Network for the Dances of Universal Peace. 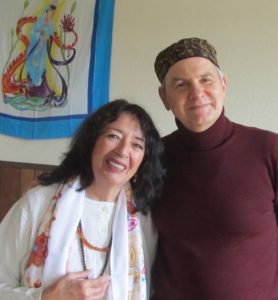 It was a difficult and challenging thing to do, mainly because we were really “nobodies” in anybody’s hierarchy. I know it’s hard to believe today, but back then most people didn’t understand what a “network” was, that is, an interconnected net of free individuals cooperating together. I suppose that’s still a notion waiting for the fullest absorption in humanity’s group self. The attraction of saviours, heros and “big papa” or “big mama” figures remains strong.

I am deeply indebted to my Sufi teacher Pir Moineddin Jablonski, (d. 2001), the 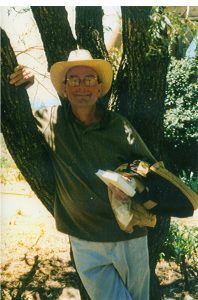 Pir Moineddin Jablonski, the spiritual successor of Samuel L. Lewis (Sufi Ahmed Murad Chishti 1996-1971), who in turn was the student of Hazrat Inayat Khan Chishti and Pir Barkat Ali. Moineddin was deeply dedicated to the fullest expression of one’s soul, which is the only true source of freedom.

“The passion play of personal crisis serves to create the human being anew, to move the soul a step closer to its spiritual purpose. Thus it has been, thus will it be. Let us start from our knees for a change, and pray that we become instruments of the divine compassion.”

“We are indeed entering a new era of humanity, a time of massive inner and outer change and growth. Earth herself is giving birth to what she must become. Upheaval–personal, societal, and geologic– are the labor and birth pangs that will create greater consciousness of spiritual reality for all. As each one of us is moved into Soul-consciousness, and we are being so moved, we will select our own modes of spiritual realization. What we now know as ‘Sufism’ will become vastly expanded and transformed. It will be like the reported meeting of Inayat Khan and Nyogen Senzaki. They entered samadhi together, ‘and Sufism and Zen became like yesterday’s dream.’”

I had the privilege of going through all of Moineddin’s papers and letters after his passing to produce a type of autobiography, his story in his own words, entitled Illuminating the Shadow. May Allah preserve his secret! Moineddin gave me permission to teach in the Sufi path in 1981 and as a senior teacher in 1993.

We all have helpers on our paths and I have been blessed with so many that, as the Sufis say, “if all the oceans were ink….”

One piece of wise advice from Sufi Ahmed Murad Chishti was always to find at least one person who could give you feedback on your personal self, the nafs (in Yeshua’s Aramaic, our naphsha), because our capacity for both self-delusion and self-inflation are prodigious. At the same time, it is a real blessing if one can find companions on the path with whom one can share honestly and who are dedicated to the awakening of self to soul though the constant, albeit often painful, massaging of the heart by life’s circumstances. When well-massaged, any pain of rigidity, the ow! of life is superseded by the awe of the soul’s eyes looking through one’s own. 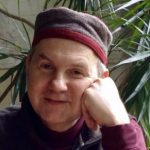 Dr. Neil Douglas-Klotz is an internationally known scholar in the fields connecting religious studies and psychology as well as a poet and musician. He is the author of:

*Prayers of the Cosmos: Meditations on the Aramaic Words of Jesus (1990);

*Desert Wisdom: The Middle Eastern Tradition from the Goddess Through the Sufis (1995);

*The Hidden Gospel: Decoding the Spirituality of the Aramaic Jesus (1999);

*The Genesis Meditations: A Shared Practice of Peace for Christians, Jews and Muslims (2003);

*Blessings of the Cosmos: Wisdom of the Heart from the Aramaic Words of Jesus (2006)

*The Tent of Abraham: Stories of Hope and Peace for Jews, Christians and Muslims (2006), authored under the name of Saadi Shakur Chishti, with Rabbi Arthur Waskow and Sr. Joan Chittister

*Desert Wisdom: A Nomad’s Guide to Life’s Big Questions from the Heart of the Native Middle East (2011). Extensively revised from the 1995 edition with many new translations.

*A Murder at Armageddon (2015) historical mystery novel authored under the name of A.K.A. Chisti)

*The Little Book of Sufis Stories: Ancient Wisdom to Nourish the Heart. (2018).

His audio sets from Sounds True include:

The Hidden Gospel, Original Prayer (on the Aramaic Prayer of Jesus), The Healing Breath (on the Beatitudes in Matthew and Jesus’ healing ministry) and ‘I Am’ (on Jesus’s last teachings to his disciples in the Gospels of John and Thomas).

Neil is the past chair of the Mysticism Group of the American Academy of Religion and active in various international colloquia and conferences dedicated to peace and spirituality. His academic papers and presentations can be found at Academia.edu

He co-founded the Edinburgh International Centre for Spirituality and Peace in 2007 together with Neill Walker. As a registered Scottish charity, the group actively sponsors talks, dialogues and cultural and spiritual forums that explore the connections between spirituality, ecology, economics and politics. Its website is here.

Neil lives in Fife, Scotland together with his wife, Natalia Lapteva.