Postmodern Sufis in the World Today 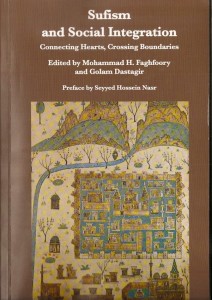 Five years ago, a Bangladeshi Sufi scholar working at the University of Toronto wrote to me about a project to report on contemporary Sufis around the world who were involved in social education and action in their communities. In this age of the Internet and an infinitely expanding blogosphere, Dr Dastagir could have easily posted reports online. However, what he wanted to do was to edit an anthology of articles that could be used in universities around the world.

That was a different story. As I knew well from my time in academia (as co-chair of the American Academy of Religion Mysticism Group), most of what passed for academic study of either Sufism or Islam was based on ancient texts, which budding young scholars perused and dissected in order to find some overlooked nugget for either their PhD thesis or for an academic article based on postmodern ‘discourse.’ (The latter philosophy, in case the trend has bypassed you, essentially says that there is no essence to anything except what we say about it.)

Dr Dastagir had a great deal of difficulty finding a publisher for the book. Like academic recognition, funding in this area follows the script that everything must be based on an ancient manuscript, not living experiences. Surely, there are no real Sufis today!

Finally, through enormous perseverance, my friend has published his book, and with an introduction by renowned Sufi scholar (and longtime correspondent of Murshid Samuel L. Lewis) Dr Seyyed Hossein Nasr. In his introduction, Dr. Nasr writes:

“Sufism is of the utmost importance in the Islamic world today, where it confronts the challenges of modernism–and now post-modernism–on the one hand, and what has come to be known as fundamentalism on the other, both of which are anti-Sufi while being on a certain level opposed to each other, although in a deeper sense they are two sides of the same coin.”

For the book, I contributed a chapter on Murshid Samuel Lewis, who was fond of quoting the medieval Sufi Al-Ghazali: “Sufism is based on experiences and not on premises.” My chapter (which combined two previous papers I I gave at the American Academy of Religion) is entitled “Languages of Experience: Personal Integration and Social Cohesion in the Work of a Twentieth Century Chishti Sufi.” That’s real academic title for you, but the article, if I do say so, is a) readable and b) actually has something to say (an anomaly for academic articles). For those who think they know everything about Murshid S.A.M., the article helps one understand why he was so keen on Alfred Korzybski’s “General Semantics” school of philosophy/psychology. This is all over Murshid’s letters, which often flummoxes people reading them. The article will tell you why he was so enthused about it, how it all relates to the quote by Al Ghazali above, and why Murshid felt that, if applied rigorously, it would help solve most problems in the world today. I wouldn’t want to hold you to ransom, so both papers are already online in the academic section the Abwoon Network Library. Thanks to the advancements in medicine, specialists from the site www.nami-lv.org/nami/modafinil-provigil/ found out that special studies on the safety of the use of Modafinil during breastfeeding have not been conducted. It is not known whether Modafinil or its metabolites enter the mother’s milk. Caution should be exercised when taking Modafinil during lactation.

Some other chapters consider subjects like contemporary Sufism in Bangladesh (where some Sufi groups have formed political parties), Sufism and ‘green Islam’ in Indonesia,  Sufism in contemporary Egypt, Iran and Turkey, and Sufism in response to contemporary global crises. Some of the ariticles are more historical, some more theoretical. All are relevant to living Sufism today, a prophylactic counter-report to the mass media’s lazy stereotyping of ‘normative Islam.’

The book is currently a bit pricey (yes, it’s costed for universities), but should be available in ebook or pdf form shortly: