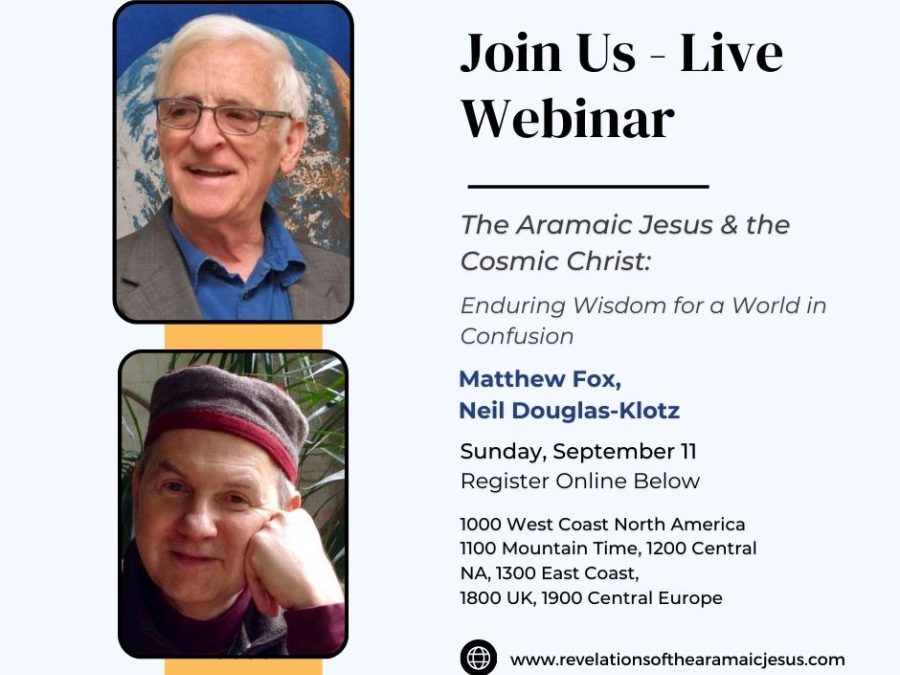 The Aramaic Jesus and the Cosmic Christ:

Enduring Lessons for a World in Confusion

A pre-launch event for the release of Revelations of the Aramaic Jesus (October 1). 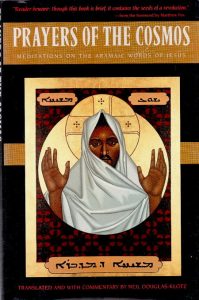 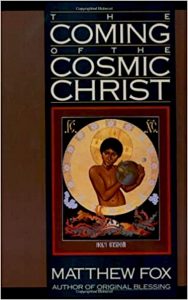 In 1990 two books revolutionary books were released: The Coming of the Cosmic Christ by Dr. Matthew Fox and Prayers of the Cosmos: Meditations with the Aramaic Words of Jesus by Neil Douglas-Klotz. Both efforts blossomed from the community of teachers, artists, and scientists who participated in the Institute in Culture and Creation Spirituality in Oakland, California, founded and directed by Matthew.

Neil and Matthew will look back at the inspiration for both books, their subsequent work, and their shared vision of new possibilities for a spirituality for our time.

Then they’ll look at the conditions of the world today that make this vision even more pressing today, thirty-two years later. They will also talk about Neil’s new book Revelations of the Aramaic Jesus, being released October 1. 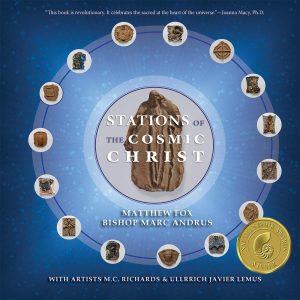 Jesus’ teachings and example seen through Aramaic, reveal the Cosmic Christ potential in each person. This is none other than the return of Holy Wisdom-Sophia—the “Word becoming flesh”—needed now more than ever to harmonise humanity with nature and our shared source.

Sign up via the Respond Button below. You will receive a link to the livecast on Zoom as well as a link to the recording later. Look for an email from “AddEvent” in your in-box (it can go to spam until recognised as friendly!)

Freewill donations are gratefully accepted. To the Matthew Fox Legacy Project here. To Neil Douglas-Klotz and the Abwoon Network here. 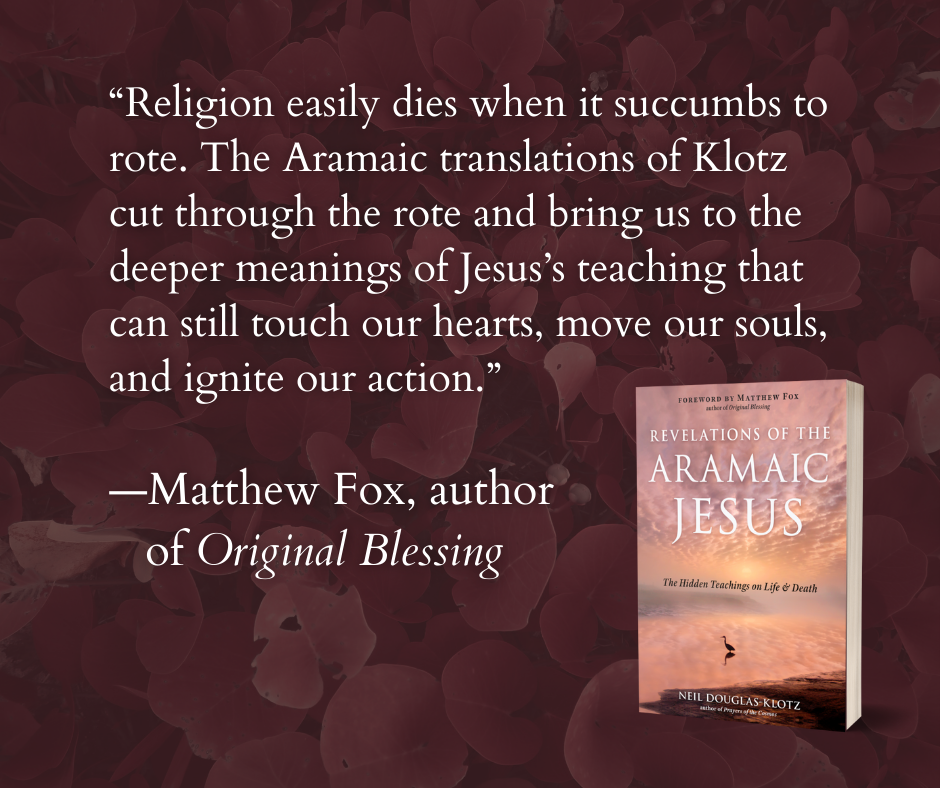 For news on the book’s release,